Each person leaves behind a unique legacy and this it is the goal of a funeral service to honor that legacy and memory. The funeral service should be personalized. Often a theme representing the deceased favorite past-time, profession or hobby is incorporated into the service. Sometimes, especially with a memorial service the ceremony is a reminiscing informal celebration of life. There are no right or wrong ways to honor the family member, but it should reflect the wishes of the deceased and the family.

For ways to save on the services see our article “Five Ways to Save on Funeral Services” and and still honor the loved one.

Some families like to give flowers and some do not. Find out why flowers and give and the types in our article Memorial and Sympathy Flowers“. 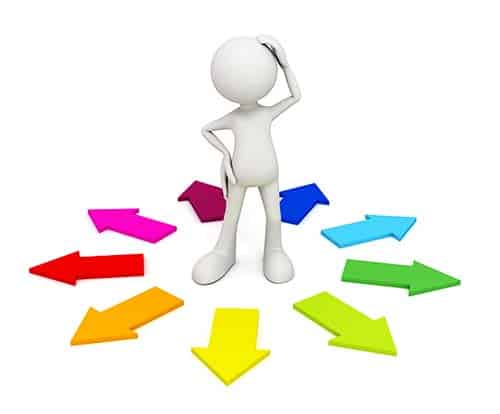 Regardless of your religious tradition, we will be able to help. Some articles on the various religious customs. Catholic, Buddhist, Hindu, Muslim

A quiet and simple viewing for close family members or perhaps the immediate circle of friends of the deceased is very common. Simple viewings are one of our most common offerings. Generally, this time is spent saying goodbye to the deceased in our small chapel. The intimate and quiet setting allows for about half an hour to say goodbye in a non-intimidating setting.

Short Viewing for Family and Friends

This short viewing option allows those in mourning around 45 minutes for a viewing by family and friends, also in our small chapel. A brief service to honor the memory of the loved one who has passed and their accomplishments is part of this ceremony option.

The longer viewing funeral service is the most traditional and common of the viewing types of services. Often family members and friends are able to speak, share memories and pay their respects requiring more time for the deceased to be present and viewed. This type of service customarily lasts for 1 ½ hours.

Committal Service at the Graveside (for body or cremains)

Committal Services, as the name suggests, commit the deceased to their final resting place. This usually takes place at the graveside and is a simple short service. Committals take place for both casketed remains as well as cremated cremains. It usually involves clergy and tends to be more formal than spreading ashes at some other location such as a sea burial.

Perhaps you are looking for something totally different.

The processes called Natural Organic Reduction (NOR) is the return of the body’s nutrients back to the each by natural composting. Since optimalconditions are maintained, the process  takes only a couple months to complete.

The result is about 4 cu ft of rich soil that in visually and chemically indistinguishable from any other soil.

Even though not available in California currently, we can easily transport your departed loved one to Washington State for this process of Natural Organic Reduction.

Memorial services are often less formal and tend to be more a celebration of a persons life, focusing on the many positive aspects of their life.  Usually, there is not much of a religions component associated with memorial service as opposed to the traditional funeral service.

Embalming – Do we need it?

Humanity have developed several methods of trying to stave off the decomposition of the deceased, with some methods achieving  more success than others. Modern embalming methods advanced greatly during the period of the American civil war. This development was pushed by the need to have the remains of soldier return home reasonably intact and stave off disease, as much as possible.

The process of embalming is rarely required by law. It is very often performed however when the deceased is being viewed at a service and enables the body to appear asleep, at peace and generally makes the deceased more appealing to view inside the casket. Embalming is NOT permanent preservation. It is a method of temporarily preserving the remains for just a few days. If there is no viewing of the body – embalming is often forgone.

Buy Time
To allow adequate time between death and burial to observe social customs such as visitations and funeral services. Especially important if family is travelling long distances to attend.
Infection Spread
Prevent the spread of infection. This is both in terms of degradtion of the deceased and especially to the loved one family, if they should come in contact with deceased.
Cosmetics
Cosmetic work is often used for aesthetic reasons, making the deceased much more presentable. This is especially the case with bodily trauma that has occurred, many issues may be obscured.
Modern embalming consists primarily of removing all blood and gases from the body and the insertion of a disinfecting fluid. There are also more bio-friendly chemicals which may be used for a slightly additional cost. For additional information on embalming please review our embalming question and answers section.

Many decisions need to be made while arranging and scheduling a funeral or memorial service. The key questions below will help you get on the right track and although not an extensive list, are a great start.  As always, we are here to help you in any way possible to get through this difficult time. It is important to have some type of funeral service as it helps with healing – funerals are really for the living. For additional question the many families have look at Funeral Question and Answers

Where is the event ? (church, outside  etc.)
Is the deceased to be present? (casket/urn)
Who will deliver the Eulogy?  (i.e. clergy, friends)
What flowers are desired ?
Do you have music?
Is there a guest book?
Will there be a video tribute?
Is there going to be a catered reception?
Deceased Interests
Did they have a special hobby such as fishing, scuba diving, photography, flying, gardening, or something they spent time doing? If so, then use this as a theme for the service. Bring in their equipment or some photos they took or trophies they won etc.  Have a friend speak about them in relation to their passion.
Location of Service
Is there someplace that was special to them?  If so, can you hold the service at this or a similar location.

Perhaps the person like to surf – so you could hold the service on the beach. Perhaps they liked horses so hold it in a stable. There are no rights or wrongs – it is about honoring them!

Music at Service
Was there special music they enjoyed and if so play some at the service – either live or recorded.  Did they play an instrument?  Do you have a recording of them playing or singing?