A new national cemetery, Miramar National Cemetery was established just in 2010 and shares the expansive 313-acre property with protected native wildlife. It is expected to serve the need for veterans for the next several decades and available space for both casket burials as well as cremated remains. As well, there are many columbaria area for interment of cremains. 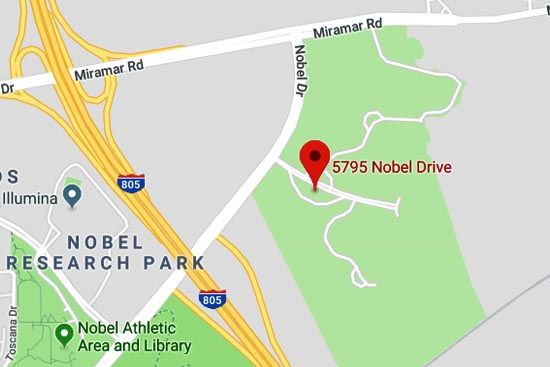 Miramar National Cemetery is located on the historic estate of newspaper publisher Edward W. Scripps. In 1891, Scripps began erecting an Italianate mansion on the property named for and modeled after Miramare Castle in Italy. The moniker eventually became associated with the surrounding mesa; loosely translated, Miramare means “sea view.” The 49-room mansion was completed in 1898 and was the home of the Scripps family until 1969 when a development company purchased the property, and the mansion was demolished a few years later.

Camp Kearny was established near Scripps Ranch in January 1917 as the United States prepared to enter World War I. During the war, Camp Kearny served as an Army training and mobilization center that could accommodate 32,000 men. After the Armistice, base operations were scaled back, however the government retained the site as a military and civilian air strip. In early 1927, aviator Charles Lindbergh flew the Spirit of St. Louis on test-flights from the base, in advance of his famous trans-Atlantic flight.

In the 1930s, the Department of the Navy and the Marine Corps established operations at Camp Kearny. Camp Kearny served as the headquarters for multiple air squadron groups during World War II. The installation served as Naval Air Station Miramar until 1997, when it transitioned into a Marine Corps Aviation unit and was renamed Marine Corps Air Station (MCAS) Miramar. In 2008, MCAS Miramar leased land in perpetuity to the National Cemetery Administration to develop Miramar National Cemetery. Miramar National Cemetery was dedicated in January 2010, and the first burial occurred on November 22 of that year.

As you pass through the gateway into Miramar, you are struck by the quiet elegance of the Avenue of Flags. These American Flags which line the avenue, remind all who visit they have entered hallowed space, a space where those who gave some and some who gave all, rest in the gentle breeze, warm sunshine, the hearts of their loved ones and the thanks of a grateful nation.

The Miramar National Cemetery has a quiet dignity about them. The headstones standing row upon row as if at attention, give witness to the sacrifice made by those who served. The simplicity of the committal shelters where funeral services are preformed and military honors rendered, provide another opportunity for further reflection.

The Liberation, a memorial by sculptor Richard Becker which was dedicated on Sept. 16, 2011, honors the sacrifice of veterans captured during America’s foreign wars.

The San Diego American Ex-Prisoners of War-Chapter 1 donated the 15-foot-tall figurative composition of a bronze soldier and POW flag atop a concrete base. 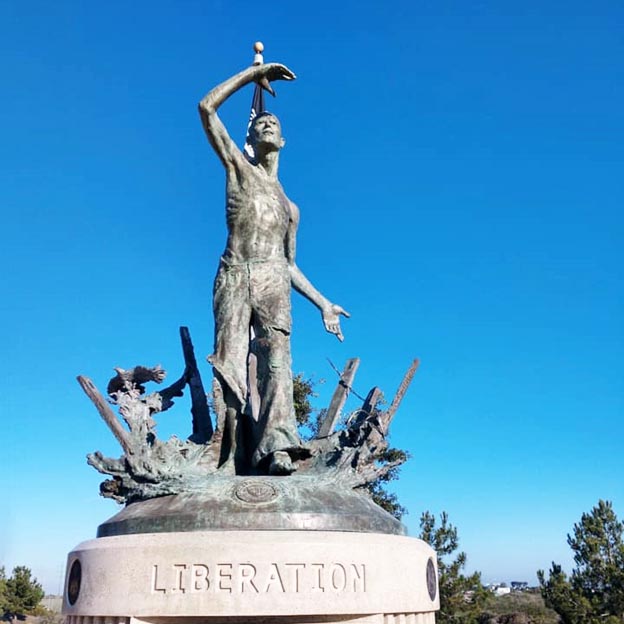 Of interest to San Diegan’s and especially to baseball fans, Lieutenant Colonel Jerry Coleman, baseball broadcaster, former manager of the San Diego Padres, World Series winning second baseman for the New York Yankees and a Marine Corps pilot during both World War II with the VMSB-341 the Torrid Turtles and the Korean War with VMA-323 the Death Rattlers. While a Marine Corps aviator, Jerry Coleman flew 120 combat missions, 57 during World War II and 63 during the Korean War. Jerry Coleman received numerous honors and medals including two Distinguished Flying Crosses. He is buried right here at Miramar in Section 3 Site 166.

I encourage you to make the drive and discover this beautiful cemetery nestled in green canyons. Who knows, perhaps the aviators from MCAS Miramar will fly over and tip their wings as they often do to honor their fellow comrades in arms.