There are a number of different denominations within Buddhism that believe life and death are a part of a cycle known as samsura. In samsura a person’s deeds in in this life and all previous incarnations of life lead to further reincarnation with the goal of being freed in order to attain enlightenment, and reach the state of nirvana.

The dying person, friends, and family reflect on his or her good deeds in this life, and the value they will have over his or her next incarnation. Various items may be placed near the person, and verses chanted to make the dying person more comfortable.

After death, the body is washed and prepared. There may be a wake with the body in an open casket dressed as the person dresses every day. Next to the casket, there may be an altar with a picture of the deceased, an image of Buddha, and various other items.

Even though Buddhist funeral customs differ, they are peaceful and serene. The dress for the typical Buddhist funeral is white. Those attending often walk with sticks to show the need for support and grief. They may chant or sing sutras, bring offerings, burn incense, and ring gongs or bells.

In San Diego many Buddhist prefer a burial at sea and we do many of these each year with our fleets of yachts.

Life is a journey. Death is a return to earth. The universe is like an inn. The passing years are like dust.

Regard this phantom world As a star at dawn, a bubble in a stream, A flash of lightning in a summer cloud, A flickering lamp – a phantom – and a dream. *

The various Buddhist funeral customs vary from one area or country and another because of history, and culture. If you’re interested in investigating the differences, see the following links.

Spread and Distribution of Buddhism 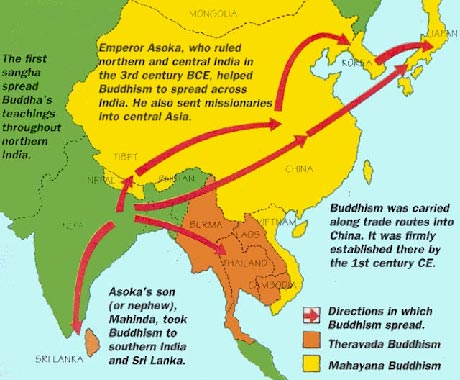